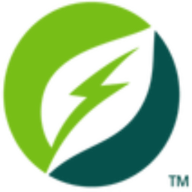 Steve K, who we are not affiliated with in any way, used the Prolong battery reconditioning process to recondition a weakening 2008 Prius hybrid battery and documented the following before and after comparison:

All images & content below courtesy of Steve K. Used with permission.

Owner complained of deteriorated mileage. Mileage had dipped from the low-40s to the mid-35s. When the owner made a concerted effort to get good mileage, about 42 was the best he could achieve.

Techstream reported very consistent IR of .023-.024 and a typical min/max block voltage difference of 0.2V. Driving charge/discharge tests didn’t show anything alarming. The only outward signs of an issue were the battery meter dropping pretty quickly and reduced fuel economy.

Baseline tests were conducted as follows:
Force charge to max SoC.
Drive to test location (about a mile)
Conduct discharge test via reverse and slipping the brake

Conducted another discharge test that I was unable to export for some reason, but here is the Techstream chart:

It looked improved, but with a lot of tedious effort in transcribing the data, I couldn’t quantify the results in the same way. Additionally, the engine restarted at just under 50% SoC, which led me to believe that the ECU did not yet have an accurate representation of SoC.

As you can see after the first minute or so, the current climbs, and I’m able to maintain 35-45A discharge throughout most of the test. The average current for this test is 25.5A – significantly higher than the original.

In addition, the performance feels great. I was able to easily drive the vehicle at speeds up to 30mph in EV mode before the ICE kicked in (1.6mi). Mileage of 48mpg+ is attainable with only minimal efforts to “drive it like a hybrid.” Getting less than 43 is tough even when I’m accelerating at full throttle to freeway speeds and deliberately avoiding regen (putting it in “N” when off-throttle and coming to a stop).

Concerning the results, the owner is thrilled to report his wife has seen the mileage climb to 48 with her normal driving.